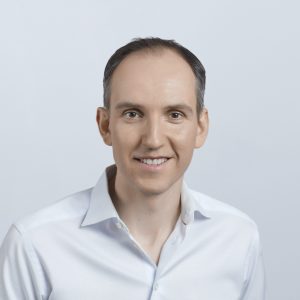 Angel One congratulates the following winners.

Founder of the Year: Martin Cloake

Co-founder and CEO of Ottawa-based Raven Telemetry – a company that initially received investment from Angel One members in early 2016 and subsequent rounds since then.  On May 1, 2018, Raven announced that it had raised $6.1 million in equity financing from angel investors.

Martin founded Raven in 2013. The mission was to fix how manufacturers use their data.  Raven uses technology developed for monitoring and controlling industrial processes. It combines the power of cloud computing, predictive analytics and best practices, delivering an “augmented management” model being used by Fortune 500 manufacturers to increase profits by millions of dollars per year.  The company now employs over 30 people and has received millions of dollars in equity financing and support from numerous government agencies.

Funder of the Year: Rob Tyler

Rob joined Angel One in 2015 and since that time has participated in 8 rounds, covering 6 companies in the software and health care sectors.

Rob was President of Burlington Automation, a leading design and manufacturer of 3D robotic plasma cutting systems serving the structural steel, construction, oil and gas and general fabrication markets in North America.  The company’s main products are sold under the Python X brand name.  The company was acquired by Lincoln Electric in 2013.

Beyond making a financial investment, Rob gets involved working on the businesses in which he invests. In fact, this has become a strong factor for Rob in making his investment decisions.  Rob embodies the true spirit of Angel Investing.

He willingly and freely shares his depth of experience and insight in building and running a successful company, along with his extensive network.

Contributor of the Year: Daniel Kube

Daniel joined Angel One in January 2013.  Since then, he has been an active member and investor, joining the Angel One Board in June 2016.  He has served on a variety of Angel One committees, including the Due Diligence committee.

Locating his latest company, ServicePath, at TechPlace puts him squarely in the action, which is a natural place for him to be.  With his typical inclusive and helpful style, he represents Angel One in numerous initiatives with organizations in our ecosystem including DMZ, MaRS, Haltech, Innovation Factory, the Forge, and more.  He is a regular contributor to Angel Investing Educational seminars.

Along the way, Daniel has obtained his Institute of Corporate Directors designation, adding another skill set for expanding the breadth and depth of his contribution.

Over 150 people attended, met companies participating in the Investee Showcase and enjoyed the reception following the awards ceremony.

Members of the Angel One Network, as well as investee companies and people from the community gathered at the McMaster University, Ron Joyce Centre, DeGroote School of Business location in Burlington.

Karen Grant, Executive Director of the Angel One, spearheaded the creation of this event and shares, “Angel One has attracted a superb group of members who are engaged and passionate about their investee companies.  It is a great honour to be recognized as one of the leading angel groups in the province.”  Angel One members have made 115 investments into 67 companies of over $27 million.  These investments have taken place from December 2011 to June 22, 2018.

Angel One Network Inc. is a member-based, not-for-profit organization of accredited investors who live, work or have strong interests in Mississauga, Oakville, Burlington, Hamilton and other communities in Southern Ontario.  Founded in September 2011, its sole purpose is to find quality, early stage companies for its members to consider and invest in.  Angel One provides members with opportunities to increase their exposure to quality pre-screened companies seeking capital and gives the Angel investors the opportunity to expand their network of like-minded investors.

Angel One and its members are committed to “Growing the Canadian economy, one deal at a time!”

You have Successfully Subscribed!